Dortmund, 20. Mai 2020. The demand for used software products from industry pioneer usedSoft proved exceptionally robust during the previous business year. In contrast to the general trend within the branch, the international software trading group even saw its revenue grow.

While the total software market shrank by up to four per cent during the corona-blighted year of 2020 (Source: Statista), sales of standard used software grew by more than three per cent at usedSoft during the same period. The usedSoft group of company’s total revenue rose from €24.8 million in 2019 to €25.6 million in the 2020 business year.

“This relatively low level of growth can be attributed to the caution of the market at the beginning of the corona crisis”, emphasises Peter Schneider, usedSoft’s managing director and founder. “Nevertheless, revenues quickly recovered after just a few months and have risen continuously ever since. As a result, we are confident that we will soon achieve the rates of growth we experienced in the years before.” usedSoft had frequently recorded high double-digit rates of growth prior to the crisis.

As in the years before the pandemic, this growth is primarily based on the ever-increasing digitalisation of the trading business. usedSoft is the only renowned supplier in the branch to operate a professional and automated online shop where usedSoft’s customers can make their software purchases with just a few clicks of the mouse. The ordering process on the online shop is carried out on a fully automated basis: ordering, payment, licensing and delivery all take place in a single operation. “This is a service that ever more customers are discovering for themselves, a trend that grew even more strongly last year owing to the corona crisis”, observes Schneider. “Overall, we regularly record high, double-digit growth rates in online shop sales. This can be 50 per cent or even higher in normal years. This is the future of used software trading.”

For example, useSoft’s revenues from online sales grew at a disproportionately strong rate of around 14.5 per cent in the previous business year. Furthermore, of the 1,200 new customers that usedSoft acquired last year, just under 800 of them came to the company for the first time via usedSoft’s shop. usedSoft now has a client base of around 16,000 customers, around half of which make their purchases on usedSoft”s shop. “This is a growing tendency”, stresses Peter Schneider.

Digital sales are also the focus as part of the second important pillar of usedSoft’s business, namely, international trade. usedSoft sells its software in Switzerland and across the entire European Union. Besides Switzerland, the most important markets include France, Italy, the Benelux states, Scandinavia and central European countries. Last year, revenues grew more strongly in these countries than in Germany. “This is down to the fact that we further consolidated and considerably strengthened our international distribution activity in these countries in 2020”, explains Peter Schneider in accounting for this development. “usedSoft still has enormous potential for growth within Europe.” usedSoft’s online shop is already available in English, French and Italian.

usedSoft was founded in 2003 by Peter Schneider and, as the first supplier of its kind, established and developed the trade in used software. Savings in purchasing used licenses can be up to 50 percent of the regular sales price. Furthermore, a used licence is of the same value for the purchaser since software, in contrast to most other products, does not wear out. However, companies and public authorities are not only able to buy reasonably-priced software on the used market, but can also sell their surplus licences and transform them into cash.

The usedSoft Group’s customers include, among others, Alete s.Oliver, Segafredo, Roederer, Munich Airport, a leading club in the German Bundesliga as well as various ‘Sparkassen’ [savings banks] and law firms. The business is focused on computer programmes from the Microsoft and Adobe brands. The board of directors includes, among others, the former head of IBM Europe, Hans-Olaf Henkel, and the former Bayer boss Manfred Schneider.

Founded in 2003, usedSoft is a leading European supplier of used standard software. The buyers of usedSoft licenses include companies as well as public authorities and software traders. The cost savings achieved by buying second-hand licences are up to 50 percent of the sale price. Included among the more than 16,000 customers of the usedSoft Group are Alete, s.Oliver, Segafredo, the Roederer champagne brand, Munich Airport, the football team 1. FC Kaiserslautern as well as various law firms such as Kanzlei Graf von Westphalen. Authorities are also increasingly implementing used software. More than 1,500 public authorities, cities and municipalities rely on usedSoft licenses. The company’s Administrative Council consists of the former head of IBM Europe, Hans-Olaf Henkel, the former Finance Minister of Baden-Wuerttemberg, former CEO of Bayer, Manfred Schneider, and Attorney at Law Dr. Matthias Söffing. 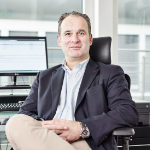