Dortmund, August 30, 2022. Johannes Jäger is the new Managing Director of the used software provider usedSoft Deutschland GmbH. With immediate effect, Jäger is responsible for the entire customer business in Europe. This completes the planned change of generations that company founder Peter Schneider initiated before his death.

With Johannes Jäger, usedSoft was able to win a sales professional with many years of experience in the international and technical environment as well as e-commerce. “usedSoft has done pioneering work as the first European B2B provider for used software,” says Jäger. “Thanks to this commitment, the used software trade is an established market today. My goal is to continue to provide a breath of fresh air. usedSoft is already online with the first real web shop in the industry. We will continue to expand this. Just like the international brand awareness.”

The business model of usedSoft is based on a simple idea: A used software licence is exactly the same product as a new one – with the difference that a used licence is considerably cheaper for the buyer. Today, about 17,500 usedSoft customers already benefit from this price advantage. Until now, the company was managed by its founder and inventor of used software, Peter Schneider, who died in June after a serious illness. Before his death, he had already largely withdrawn from the operative business and prepared the generational change in the management. Thus, the management of the group is now in the hands of the long-standing COO and CFO Michael Aufderheide as well as the new Managing Director for Germany, Johannes Jäger. usedSoft was also transferred to a family foundation in order to secure the continued existence of the group in the long term.

Jäger has many years of international experience in management and sales. He was most recently commercial and technical sales manager at Schniewindt GmbH & Co.KG, the leading manufacturer of electrical heating technology. Among other things, he was responsible there for the strategic orientation of sales, the development of the sales network and the development of new sales markets as well as an online shop. Previously, Jäger worked for Schniewindt as General Manager of the Chinese location in Shanghai. Jäger studied engineering and has an MBA in business administration.

Founded in 2003, usedSoft is a leading European supplier of used standard software. The buyers of usedSoft licenses include companies as well as public authorities and software traders. The cost savings achieved by buying second-hand licences are up to 50 percent of the sale price. Included among the 17,500 customers of the usedSoft Group are Alete, s.Oliver, Segafredo, the Roederer champagne brand, Munich Airport, the football team 1. FC Kaiserslautern as well as various law firms such as Kanzlei Graf von Westphalen. Authorities are also increasingly implementing used software. More than 1,500 public authorities, cities and municipalities rely on usedSoft licenses. 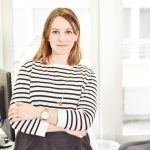