Microsoft has just launched the latest version of its operating system, Windows 11. While any differences to the previous version can only really be seen in its new design, its hardware requirements have increased markedly. This entails risks when switching over. For companies, this means it’s worthwhile continuing to issue devices with Windows 10. The second-hand market, where the mature version is still available, makes this possible at a reasonable price.

Each new software version usually brings in its wake higher system requirements. With Windows 11, these are particularly restrictive. The new operating system only runs on devices with relatively new processors. Newer generations of AMD and Intel Core i processors are compatible. Jennifer Schneider, Managing Director of the used software provider usedSoft Germany: “Many companies use different PCs and laptops. They first have to make a great effort to check whether their individual devices are compatible at all. A changeover carries the risk that existing hardware is unable to run Windows 11. In addition, experience shows that new operating systems aren’t yet fully perfected post-release and teething troubles occur”.

It’s questionable whether a changeover is worthwhile for companies. The difference between the versions lies mainly in their design. Windows 11 appears tidier and more cutting-edge. However, this also means that users will first have to get used to and familiarise themselves after switching over. “The predecessor version, Windows 10, is not just a familiar one, but also a mature, solid alternative”, says Schneider. “In our usedSoft shop, we continue to offer licences at a reasonable price. If Microsoft is only going to offer Windows 11 in the future, the used market is the only way to continue to obtain the previous version”.

Founded in 2003, usedSoft is a leading European supplier of used standard software. The buyers of usedSoft licenses include companies as well as public authorities and software traders. The cost savings achieved by buying second-hand licences are up to 50 percent of the sale price. Included among the more than 16,000 customers of the usedSoft Group are Alete, s.Oliver, Segafredo, the Roederer champagne brand, Munich Airport, the football team 1. FC Kaiserslautern as well as various law firms such as Kanzlei Graf von Westphalen. Authorities are also increasingly implementing used software. More than 1,500 public authorities, cities and municipalities rely on usedSoft licenses. The company’s Administrative Council consists of the former head of IBM Europe, Hans-Olaf Henkel, the former Finance Minister of Baden-Wuerttemberg, former CEO of Bayer, Manfred Schneider, and Attorney at Law Dr. Matthias Söffing. 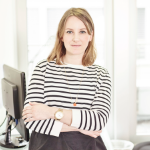